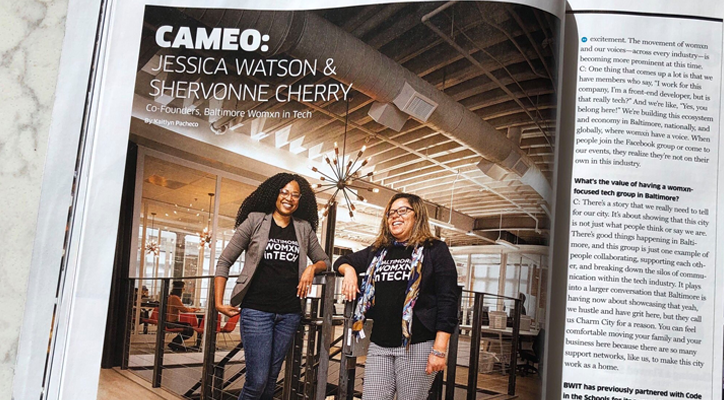 Our CEO Jessica Watson and Shervonne Cherry (Community Manager, Spark Baltimore) have partnered up to manage Baltimore Womxn in Tech (BWiT), a group that grew out of a need to create a space for womxn in the profession that fostered growth, mentorship, and community. In the January 2020 issue, Baltimore Magazine sits down with both of them to talk about how they got started, and their vision for the future.

BWiT’s autumn 2019 event, a panel on the topic: Paving Your Own Way in Climbing the Ladder of Success, saw a 90% increase in attendance over the previous year and was also featured in Technical.ly Baltimore.

Baltimore Womxn in Tech is for women and female-identifying technologists in the Baltimore and the Greater Baltimore region who are working or interested in technology. We host events and educational programming throughout the year that showcase and support Womxn in Technology initiatives.

The group’s motto is: “Through networking, mentorship, and collaboration, we aim to empower womxn in our community. No matter your role in our ecosystem, we want you to thrive.” Between Facebook and Meetup, they are connected with close to 1000 members.

BWiT launched in was an off-shoot of the Baltimore Tech Facebook group and designed to be an online space via the Facebook platform to share ideas, questions and events related to women working within or exploring technology in Baltimore and greater Baltimore region. The Facebook group was formed in February 2015 out of necessity and the group admins turned unsuspecting organizers Shervonne Cherry & Jessica Watson have led the charge to connect all the active orgs and individuals working to support women in tech initiatives in Baltimore. Both have worked within the local tech ecosystem for over a decade and wanted to connect with the other women in the group in a more tangible way. This led to the first BWiT in-person event was the January 2017, a screening and group discussion of the movie Hidden Figures. Since then we have hosted and supported multiple events. Their events are open to all genders.

As for the Baltimore Magazine article, you can read it online here.

Also, go to the group’s website to learn more.

What It Means to Invest in You 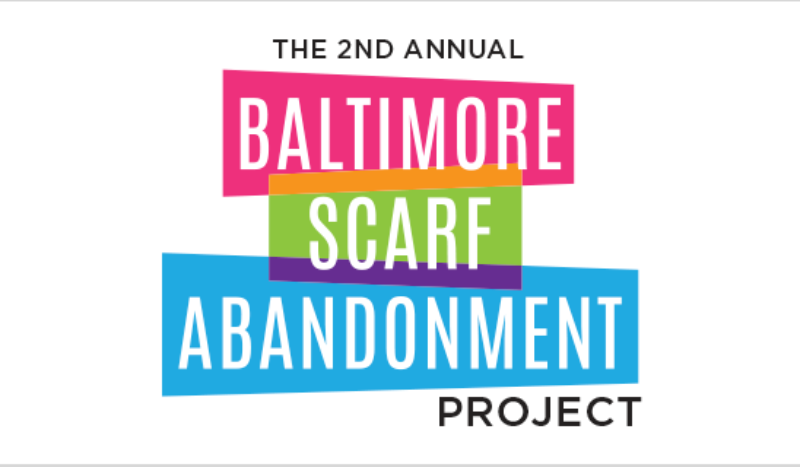