If you’re anything like me, your Sunday nights will never be the same. Our favorite group of women from HBO’s Insecure wrapped up the final season of this groundbreaking series. Maybe you’re happy about the ending. Or you’re seeking more closure around how it’s really going to work between Lawrence and Issa (et al.). Either way, we can for sure all agree that the show hit home on a lot of topics. 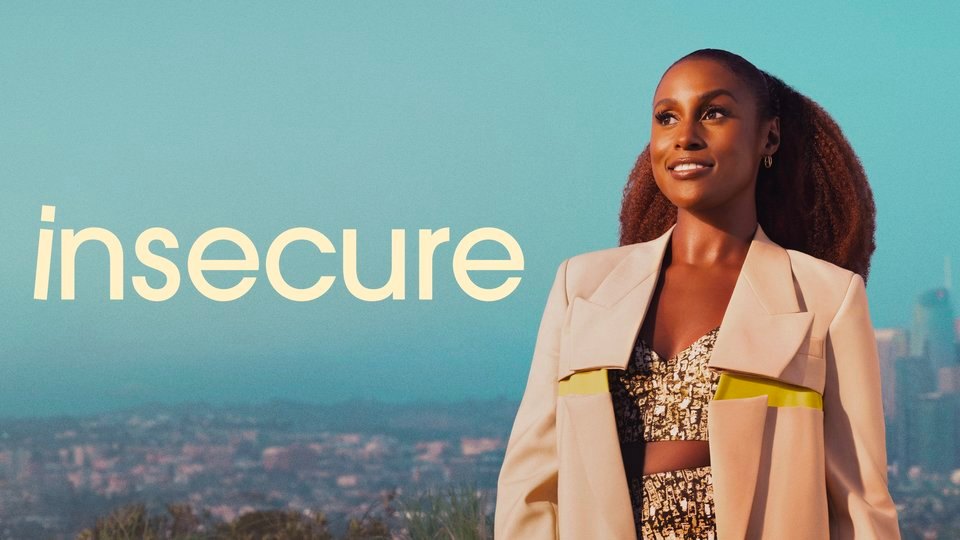 Our favorite? Professional and business advice. Wait, hear us out! There were quite a few episodes filled with nuggets of advice that are directly applicable to anyone looking for a job, working a job, or starting a business.

Here is some insight from our favorite episodes (as a prerequisite, click here to read up on who these characters are).

Lesson One: Don’t Self Sabotage

Lawrence got an interview with a tech company and impressed them right out the gate. They were so impressed, he was immediately offered a job. He no doubt won them over by telling them point-blank all the things they were doing backwards.

In fact, he learned that he was further along with his own passion project years ago than they were in their current state. This revelation inspired him, and he contemplated if he should pursue his own path full-time or jump into working full-time for an established company (or both?).

There are a couple of pieces of insight here. First, don’t self-sabotage. The trendy word is “imposter syndrome”, but whatever you call it, it stems from a belief that you don’t belong where you are and got there by dumb luck. Take a moment to look yourself in the eye in the mirror and repeat one of these affirmations (or all!):

Another thing we can learn from Lawrence in this episode is his use of radical candor. He (thoughtfully) directly challenged this company and its strategy. He saw a problem and gave a solution. We can’t be afraid to speak confidently about our field of expertise. If you have a different idea about how to do something, take the opportunity to speak on it. Leaders will appreciate honest candor. Harmony comes from different notes being played together, not the same note playing on top of each other. 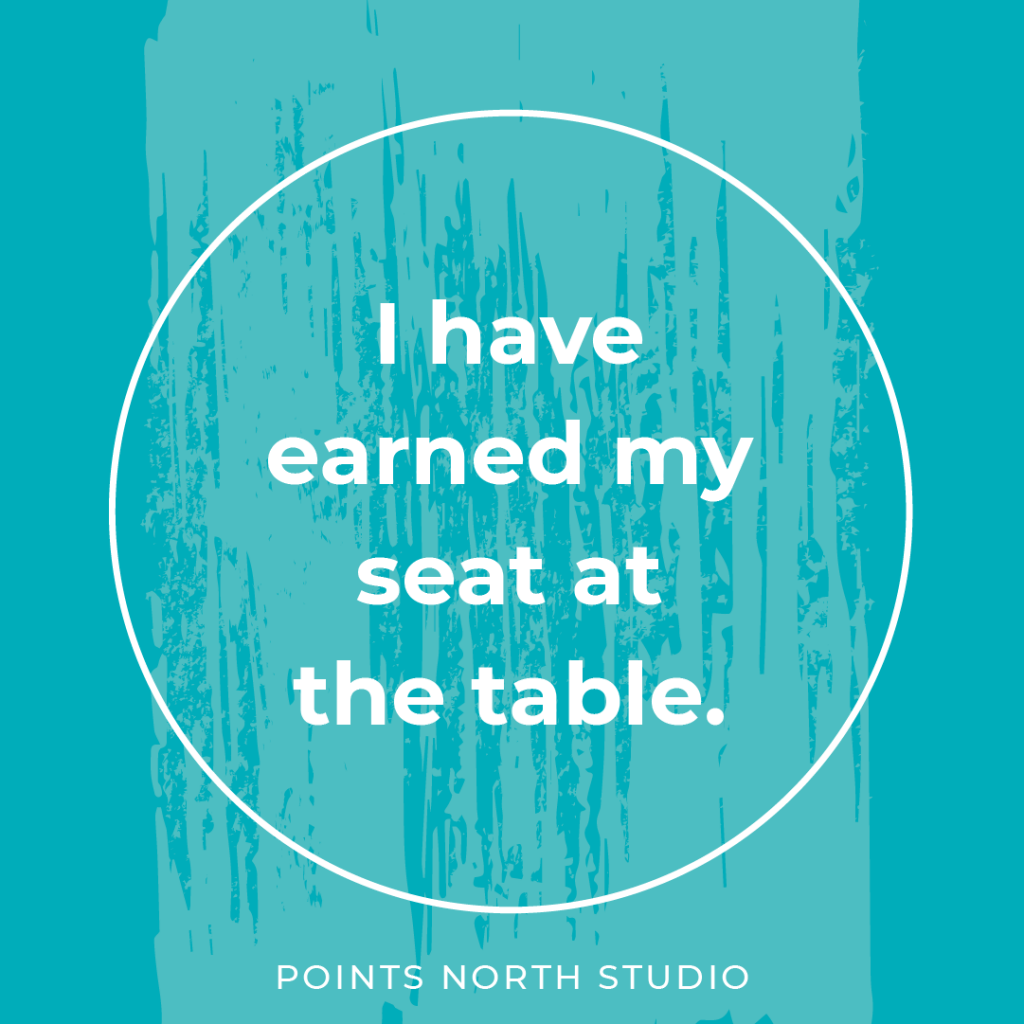 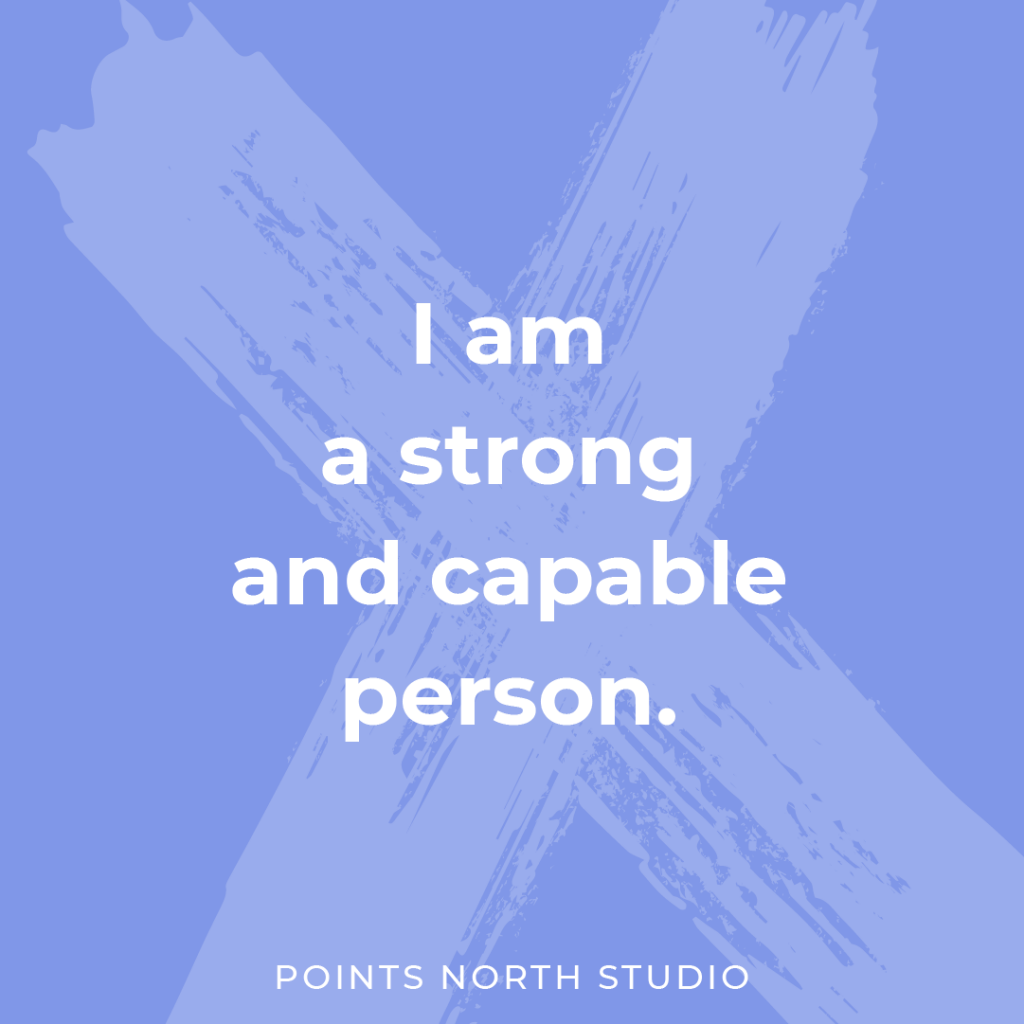 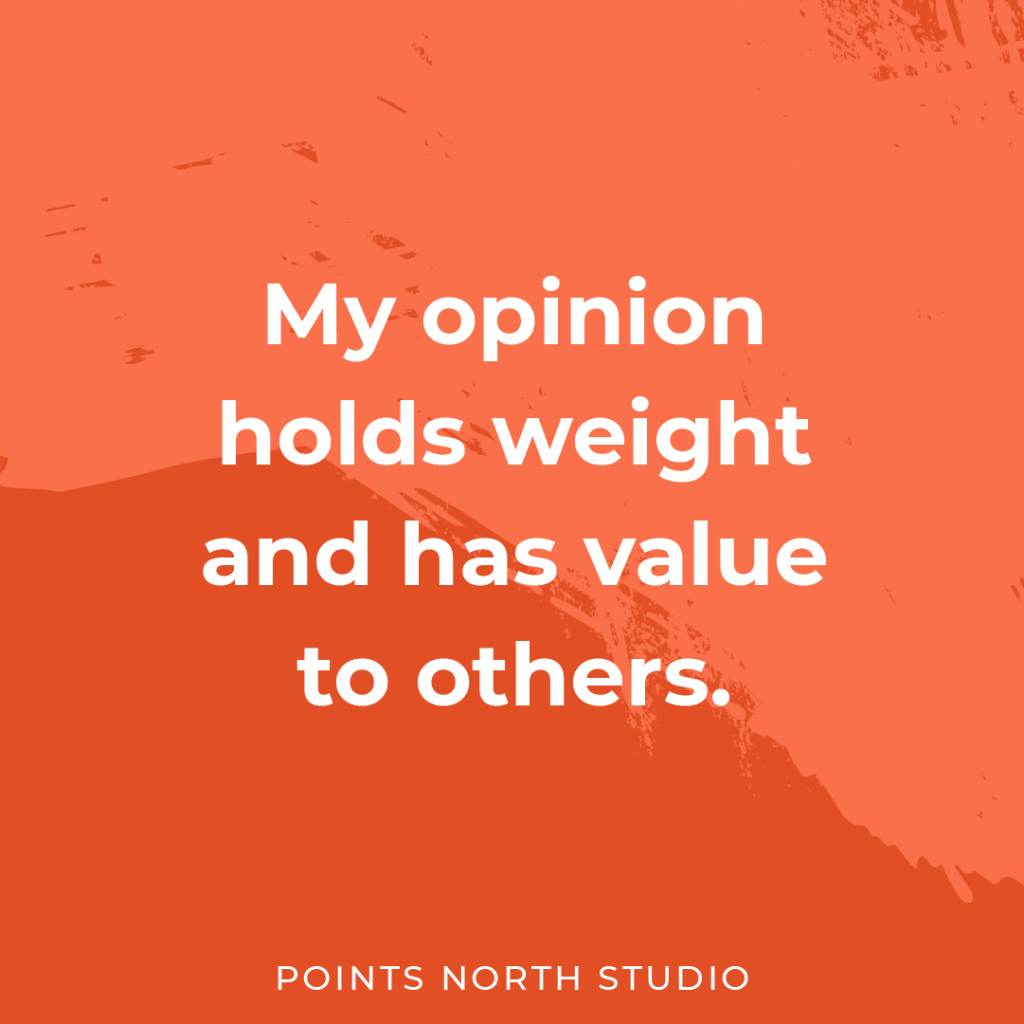 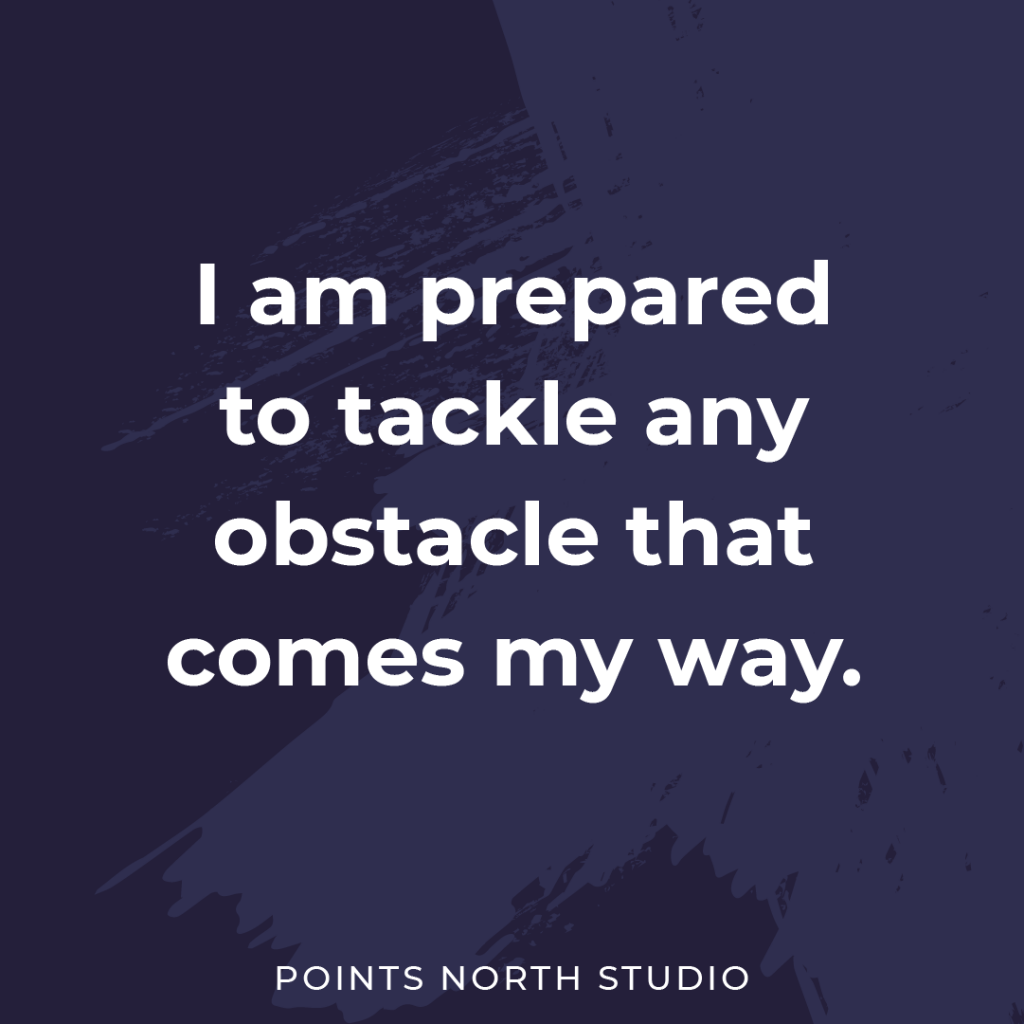 Lesson Two: Be Confident Despite the Odds

Molly works at a prestigious law firm, and her colleague, Taurean, needed to see her work before it’s reviewed by the partners. At the time, Taurean was away. The partners inquired about when he would return, and Molly suggested that she pitch-hit the presentation right now without him.

She felt the presentation was a HUGE success. But when Taurean returned to work, Molly got the cold shoulder. The partners were impressed with her and put her and Taurean on a big case together as co-leads.

His response – “It’s great to have a teammate as…aggressive as Molly.”  See?? All shade. There’s no shortage of data to articulate the uphill climb women endure in the workplace. If you need to see the numbers, spend some time reading Women in the Workplace, an article published by McKinsey & Company.

Keeping Your Eyes on the Prize

Molly has her eyes set on making partner, and didn’t want to be “stalled out as an associate.” But in her quest to climb to the top, she isolated her colleagues and missed opportunities to build trust. This captures the delicate balance for women in the workplace. You want to be assertive, but don’t want to be viewed as spiteful. You want to speak your mind, but don’t want to be received as rude. Pile on the microaggressions and lack of allies, and this is a tightrope to walk on a daily basis!

Listen, take steps forward confidently, and persevere despite the odds. Find your voice and speak up. Molly was leaning in at work to create an opportunity for her success. Maybe her approach could’ve been slightly different, but her drive and ambition were never lacking.

Lesson Three: Make Time For You

Issa cannot take one more thing going wrong as she plans a big block party for her neighborhood. Her headliner dropped out, she’s worried about the weather, and also that no one will show up. She pulled a few strings to ensure a smooth opening for her event. But, we all saw the feud brewing between Issa and her friend Molly. The next day, Issa realizes she needs some serious self-care.

As you pour your heart into your work, business, or career, remember to pour into yourself as well. In October, we gave you some tips to immediately boost your self-care. It’s a new year, and we can’t stress the importance of making this a priority and not a quick fix. In an ideal world, a little self-care would be a part of your daily to-do list. Self-care includes anything you do to keep yourself healthy – physically, mentally, and spiritually. For Issa, it was organizing her space and nourishing her spirit (wink wink).

If you’re like me, when the tasks of the day start to pile on, the first line item that gets the boot is usually something surrounding my self-care regime (midday yoga, cooking lunch, or taking a 20-min walk). The truth? It’s a slippery slope. And what starts as working through lunch every day can quickly turn into being overwhelmed and overworked. I highly suggest you block time on your Google calendar for you. Accept the invite. Your sanity depends on it. 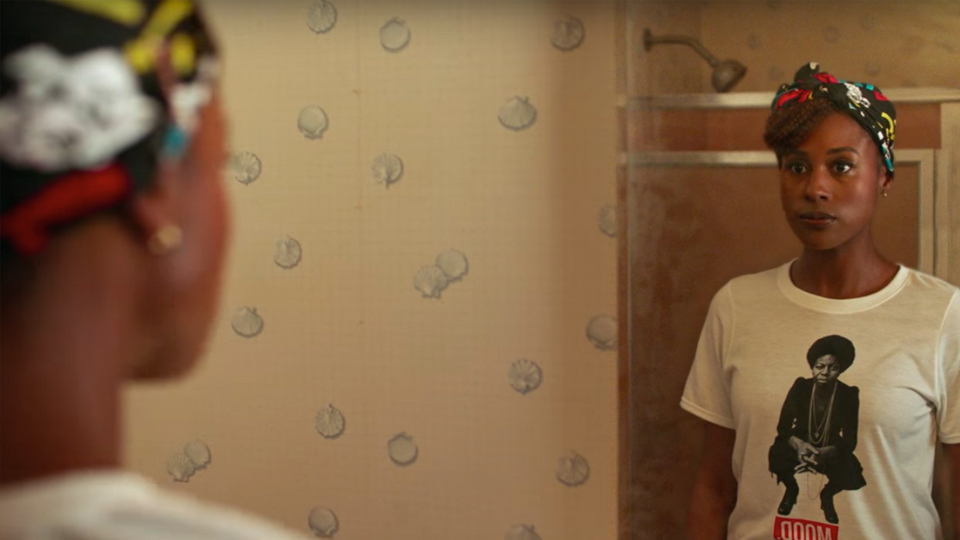 Issa and the crew are back at their alma mater, where she’s been asked to speak on a panel. In one of her many mirror conversations with herself (her much younger self this time, with braces), Issa lists off her accomplishments thus far, which include starting her own company, The BLOCC.

During the panel, Issa gets some tough questions. Her answers were a little too honest for the audience, but they captured the sentiment around how hard it actually is to launch your own business. When asked “What’s the biggest lesson you’ve learned during your journey to launching The BLOCC?”, Issa answers “Be authentic in merging your ideas with your passions.”

But when she was asked “When did you know that you were on the right path?” she says “I don’t know that I’m on the right path, there’s no way to be sure you’ve made the right choice. Maybe I’ll wake up tomorrow and realize that I’ve wasted all my time.” If we’re keeping it real (which we always are), there’s a lot of uncertainty when it comes to stepping out on your own. It’s a big risk. But you absolutely need to take risks and challenge yourself if you want to grow stronger and become better.

Do these concerns sound familiar?

They’re all valid, and it’s actually good for you to acknowledge them. There will always be challenges, mistakes, and failures. But by pushing past them, you shift your focus to your goals. You can and will make it through. And you’ll come out on the other side with valuable lessons and experience.

While Issa’s sentiment may not have matched her panel counterparts, her candor is often the transparency we need when making such a big decision.

Lesson Five: Believe in Your Vision and Speak About it Confidently

The BLOCC was working with local designer/artist Crenshawn on a performance fashion show. Issa gave a presentation on the execution plan and the feedback she received was that the show was too big for Crenshawn’s level of experience (meaning he isn’t that established).

When Issa told Molly about the “experience” comment, Molly replied “How else are we going to get experience if we’re never given the opportunity?”

Issa was worried that the original vision for her event was getting side-lined for something that was safe and more comfortable. However, she was able to regroup and present a more impactful statement, and it started with “I understand it’s a risk, but when this goes well…”

There’s something to be said about believing in your vision and speaking about it confidently. However, that doesn’t make you exempt from questions or other people’s opinions. You should always be prepared to go to bat for what you believe in. In some cases, there will be objections. To overcome them, remember to actively listen and validate their concerns, but be steadfast. YOU GOT THIS!

It’s not often that we get such golden nuggets from a television series. But I’ve always felt like the best inspiration is in plain sight. Shows like HBO’s Insecure portrayed real women going through life together, facing obstacles (and sometimes running from them). And yet over time, through all the lessons, successes, and failures, they became the best versions of themselves. 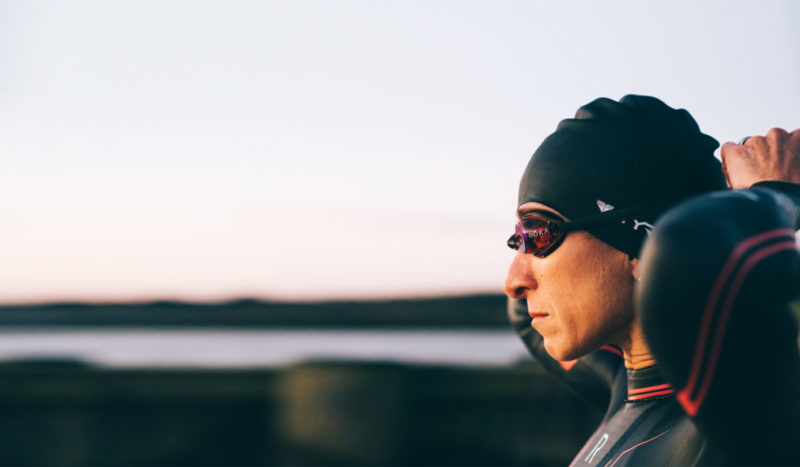 Unleashing You – Lessons Learned From Goal Coaching with Esther 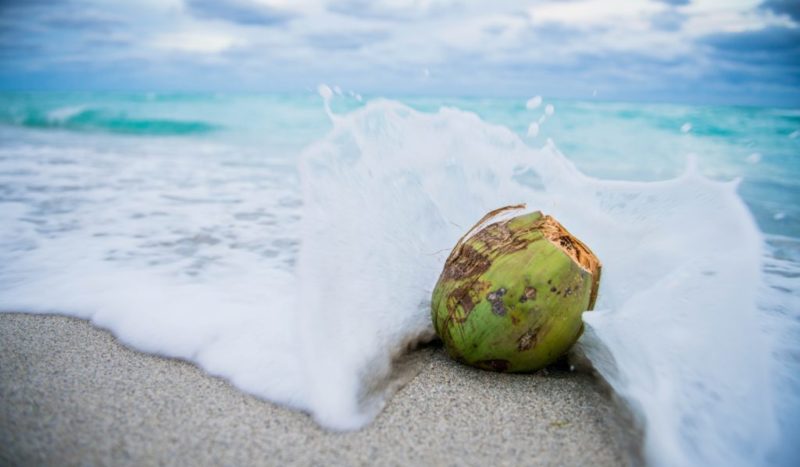 South Beach – A Compilation of Photos and Affirmations

in Inspiration, News, Travel
You Don't Want to Miss This