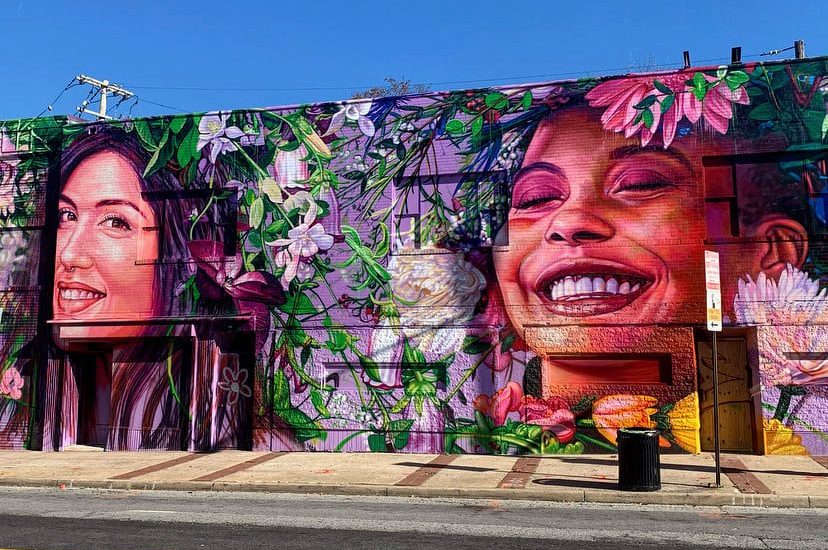 Baltimore is the only city where you can find the whole universe in an alley.

This is noted, in particular, on the corner of W. North Ave and Retreat St. hidden in the shadow of our classic row homes, a mural showing the universe fading into a black girl, and then fading deeper into a sunset scene where a bird takes flight. If you’re in or near Charm City and looking for a great outdoor activity, Baltimore’s street art scene is on fire.

I discovered this with my friend and fellow graphic designer Liz Matthews. We were It was November 2020 and we were knee-deep in the pandemic. We were both feeling the limitations of city-wide lockdowns and looking for things to do. For many of us, a lot of the reasons why we live in cities had been closed off to us. There were no festivals, no shows or performances, and no public events. But there is always art. Both Liz and I had been a fan of murals and street art for some time. We were familiar with some of the most popular spots for some colored walls, like Grafitty Alley, located just off North Avenue and North Howard Street. But what we didn’t realize was just how many great murals this charming city had to offer.

Everything changed when we found the Baltimore Mural Map.

The Baltimore City Mural Map is a passion project for mural lover, Maria Wolfe. She says “I spent around a year taking photos and documenting the locations and artists names before created the @BaltiMurals Instagram page. I wanted to share the art I found throughout my hometown, as well as bring awareness to certain areas in Baltimore and create bonds between communities. I strive to show the positive aspects of Baltimore as well as raise the city up and never bring it down. I hope I can inspire you to do the same.”

Liz and I scrolled through the Instagram page, noting murals that we’d love to check out in person. This part was fun, because it’s when we realized just how big the mural scene in our city is. We have murals everywhere. You could get lost in this feed as you click into photos to learn the story behind the works of art. The hardest part was narrowing down our list to something that could be completed within a couple of hours. Then, we cross-searched those murals on the Baltimore City Mural Map. Liz used her tech-savvy skills to create a custom Google Map with multiple pins. With that, we were ready to go.

Grabbing a cup of coffee and hitting the road

This mural tour crossed over several neighborhoods, but you could easily plan a trip that drops you in one neighborhood with a lot of murals, like Greenmount West or Station North. We grabbed coffee in our neighborhood and then got in the car and hit the road. Our mural tour started in Highlandtown. At each location, we would park, hop out of the car with our coffee, and then walk and explore. Enjoying Baltimore by foot allowed us to take in the flavor of the neighborhoods where we stopped. We would stumble upon Ginkgo Biloba trees with golden leaves ready to drop to the ground, and community gardens with fresh herbs and flowers.

The tour took us all over Baltimore, and we planned it in a way that had us driving in a circle. While walking through some streets and alleys, we found bonus murals that weren’t on our original list. We ended our mural tour at R. House, which has a color fish mural along its parking lot. R. House is also an excellent place to refuel. It’s full of great food vendors, and an open floor plan with indoor and outdoor seating options. Here we grabbed lunch and chatted about our favorite art pieces of the day.

All in all, it was a colorful experience, and something we’re going to make an annual adventure in Baltimore City. 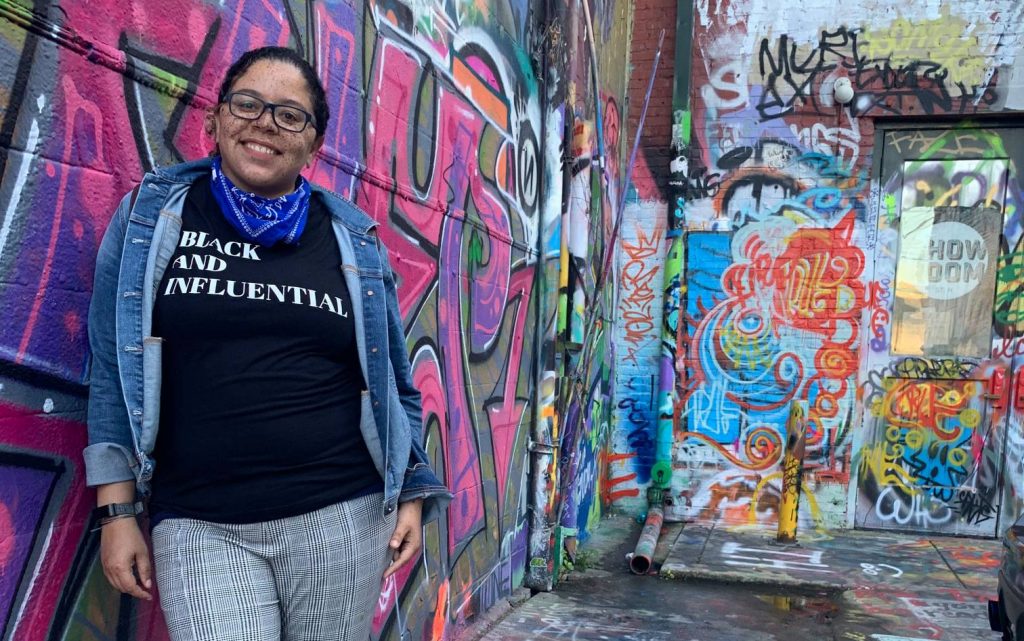 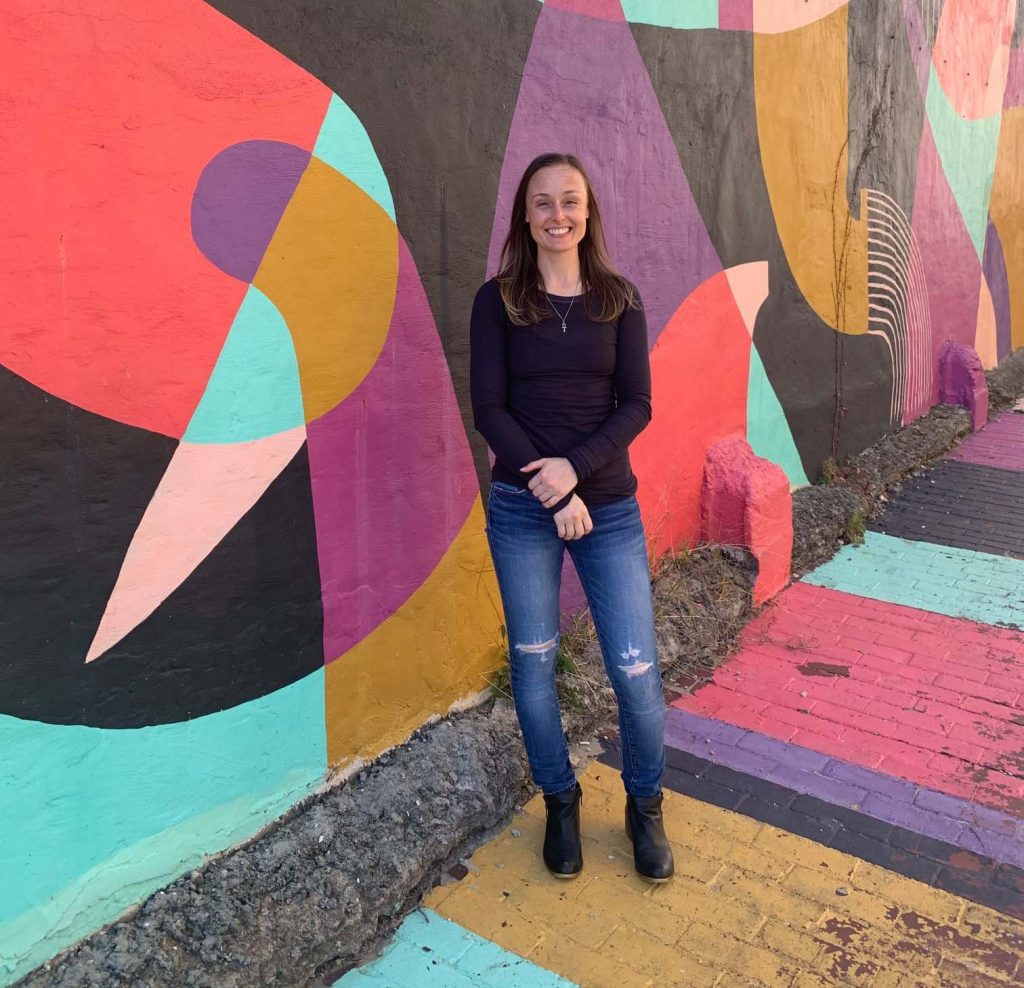 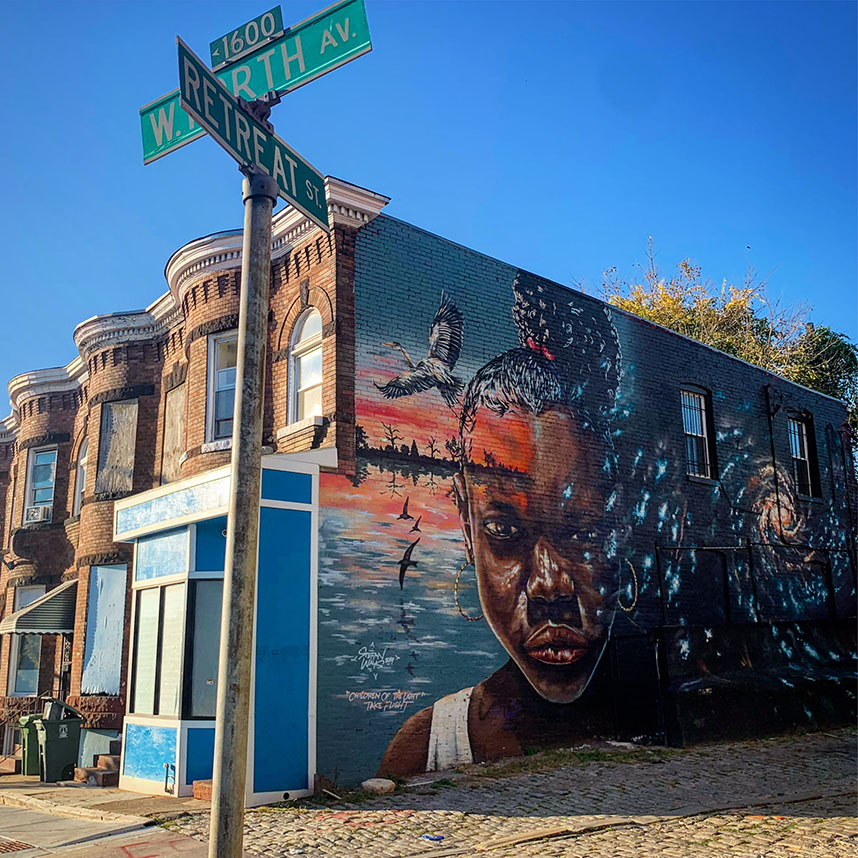 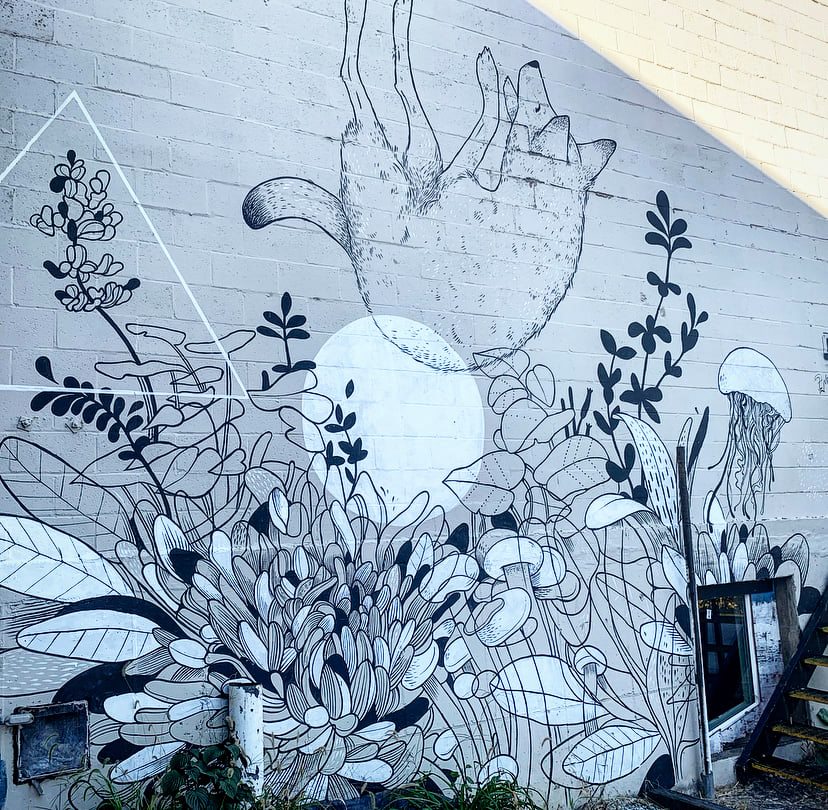 A black and white mural in Falls Road warehouse district. 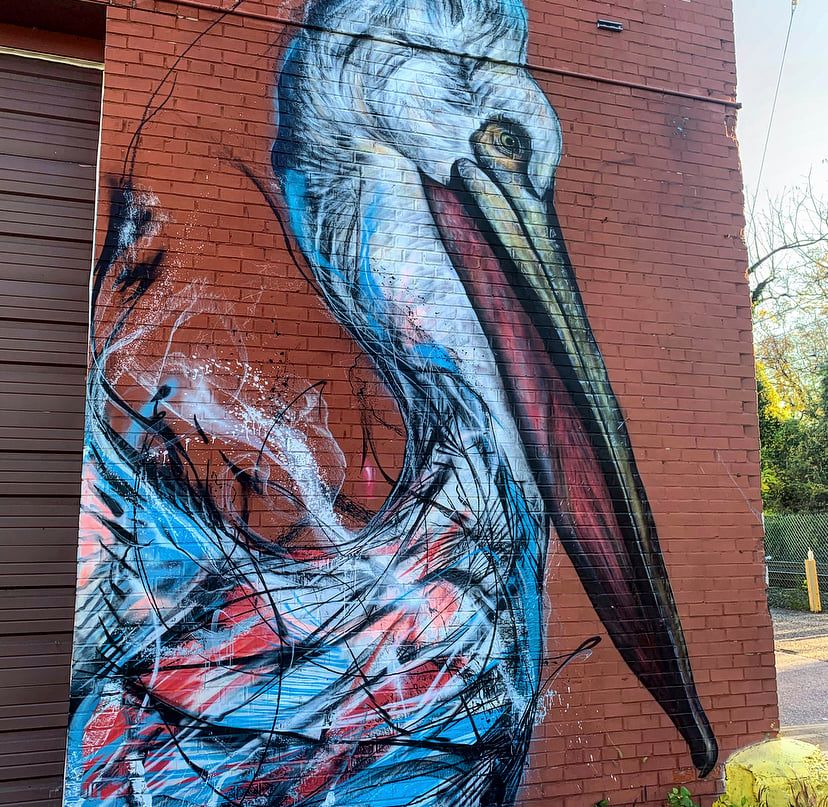 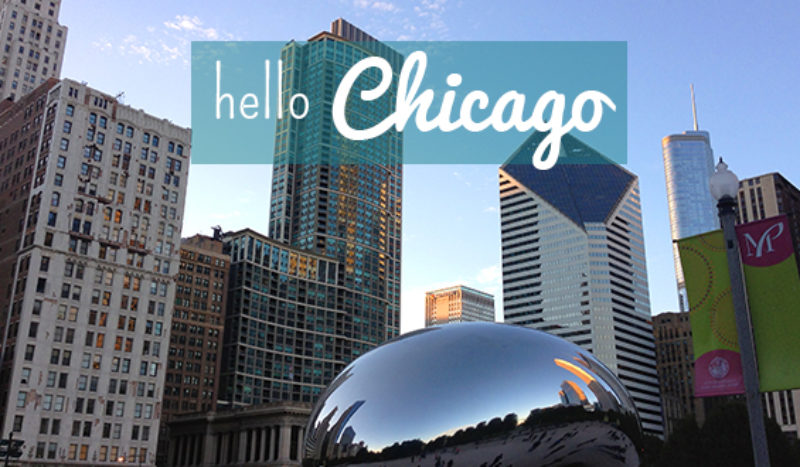